Mukesh Ambani is the chairman and largest shareholder of Reliance Industries Limited (RIL), a Fortune Global 500 company and one of India’s largest conglomerates. He was born on April 19, 1957, in Aden, Yemen, and is the oldest son of Dhirubhai Ambani, the founder of RIL.

Ambani received a Bachelor of Chemical Engineering degree from the Institute of Chemical Technology (formerly UDCT) in Mumbai, and a Master of Business Administration degree from the Stanford Graduate School of Business. He joined RIL in 1981 and has since played a key role in the company’s growth and expansion.

Under Ambani’s leadership, RIL has diversified into a range of sectors, including telecommunications, retail, and media. The company has also made significant investments in research and development, which have helped it to stay ahead of the curve and remain a leader in its markets. 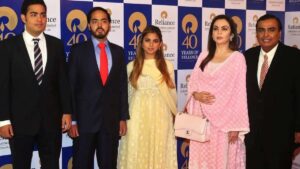 Ambani is one of the wealthiest individuals in the world, with a net worth of over $80 billion. He is also one of the most influential business leaders in India and has received numerous awards and accolades for his contributions to the country’s economic development.

In addition to his business and philanthropic activities, Mukesh Ambani is also known for his luxurious lifestyle and high-profile social connections. He and his family live in Antilia, a 27-story skyscraper in Mumbai that is one of the most expensive private homes in the world. The building, which was completed in 2010, is equipped with a range of amenities and features, including a health club, spa, and swimming pool.

Ambani is also known for his love of sports, particularly cricket. He is a co-owner of the Mumbai Indians, a team in the Indian Premier League, and is a passionate supporter of the sport. He has also been involved in the development of various sports facilities and initiatives in India, including the construction of the Motera Stadium in Ahmedabad, which is one of the largest cricket stadium.

s in the world. 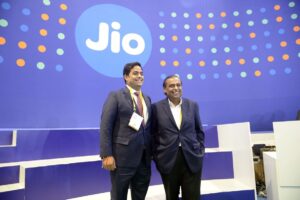 In addition to his involvement in sports, Ambani is also a patron of the arts and has supported various cultural e

vents and initiatives in India. He is a member of the Board of Directors of the National Museum in New Delhi and has been involved in the restoration and preservation of various historical sites and landmarks in the country.

Ambani is married to Nita Ambani, who is also actively involved in philanthropic and civic initiatives in India. The couple has three children: Akash, Isha, and Anant.

Here are a few more details about Mukesh Ambani and his career: