Reliance Jio is a telecommunications company based in India. Its business model is based on offering wireless services, including 4G data, voice calls, and messaging, to its customers. The company has been able to offer these services at relatively low prices by building a comprehensive and advanced 4G network that allows it to offer high-speed internet access and voice calls at a lower cost than its competitors. 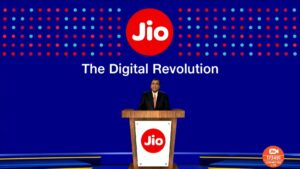 One of the key ways that Reliance Jio has been able to offer 4G data at such low prices is by leveraging its own extensive fibre optic network and investing heavily in building out its 4G infrastructure. This has allowed the company to offer high-speed internet access to its customers without having to rely on leased lines or other expensive infrastructure.

Reliance Jio has been able to offer unlimited 4G data at night by introducing special plans that allow customers to access unlimited data during off-peak hours. This has helped the company to attract customers who are looking for a more affordable way to access the internet and has helped to drive growth for the company.

there are a few other key aspects of Reliance Jio’s business model that have contributed to its success: